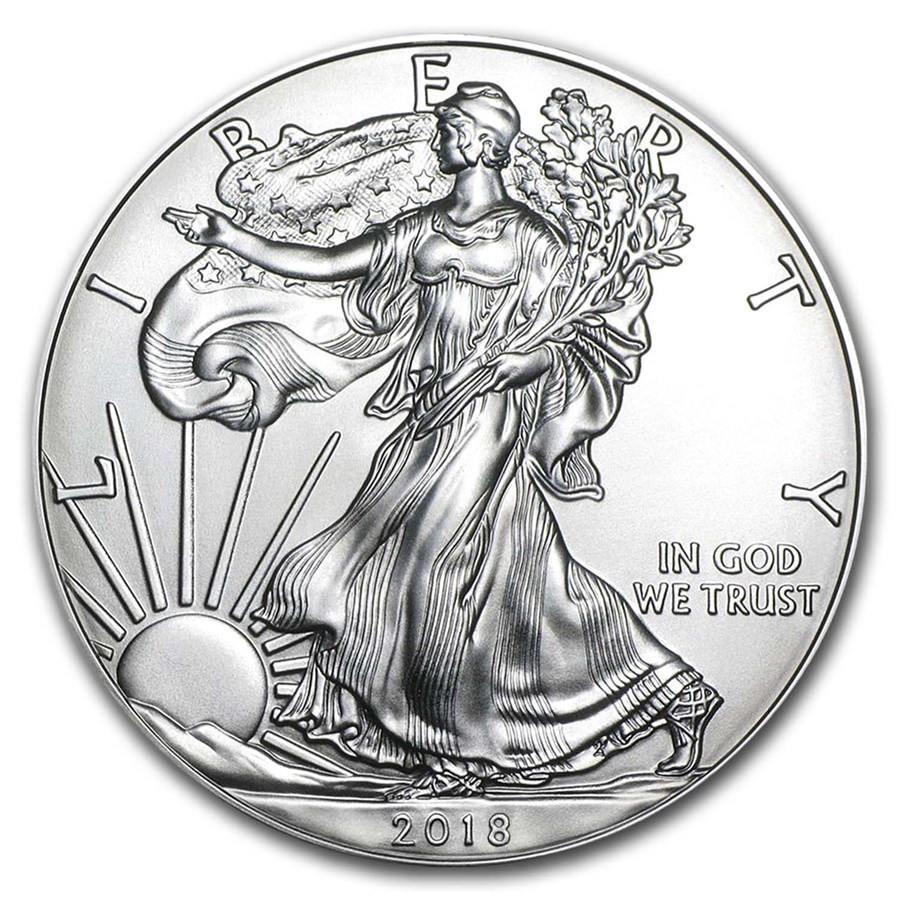 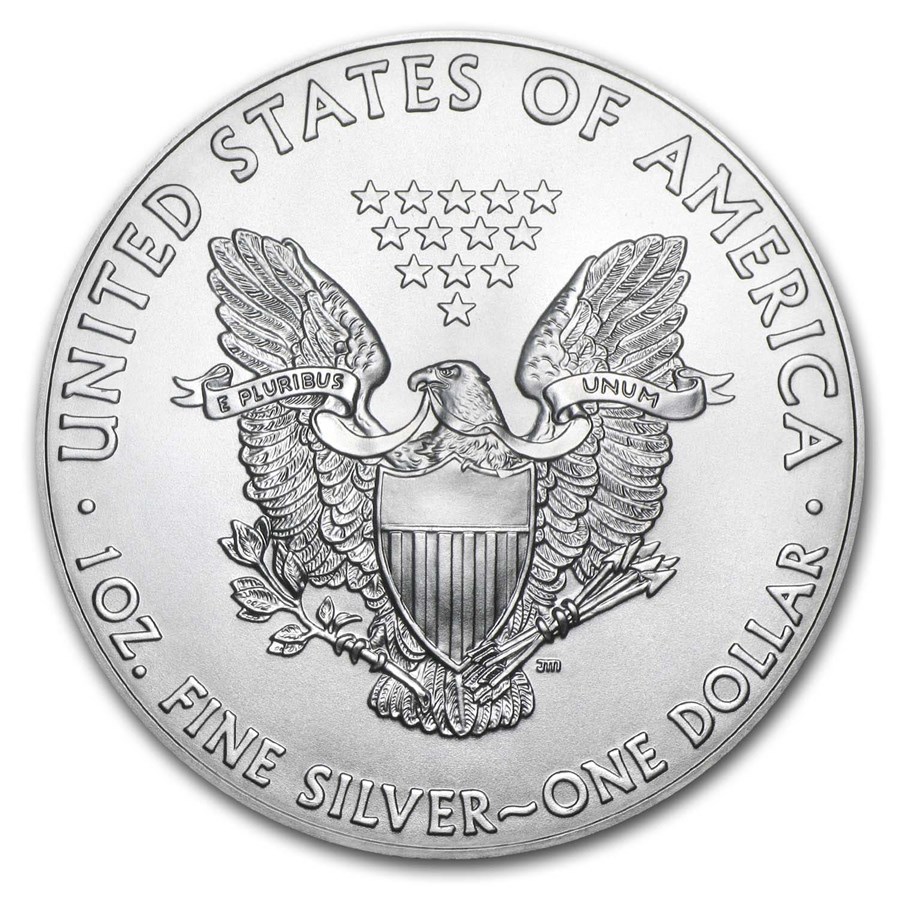 Obverse: Adolph A. Weinman’s design showing Lady Liberty draped in an American flag, walking gracefully as the sun rises over a ridge.

Reverse: A heraldic eagle is shown below 13 small stars, representing the original colonies.